Though some may use the terms interchangeably, there is a difference between orthopedic and orthodontic treatments.

Orthopedics is typically the first step in the process of remedying maloccluded (e.g. crowded or improperly aligned) teeth in children—and in some cases, the right orthopedic treatment can actually negate the need for orthodontic treatment entirely.

Early orthopedic treatment can increase the chances for normal development, and can also discourage potentially destructive behaviors (like mouth breathing) before they turn into habits or have a negative influence on other aspects of your child’s life, like their sleep.

Orthodontics, on the other hand, typically involves bonding braces to the teeth as a way to gradually move the tooth into a straighter, less crowded pattern. Unlike orthopedics, orthodontic devices are semi-permanent and may need to be work for months or years to achieve the desired result.

Made with by Light Speed Web Inc. 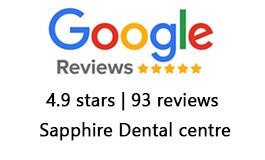